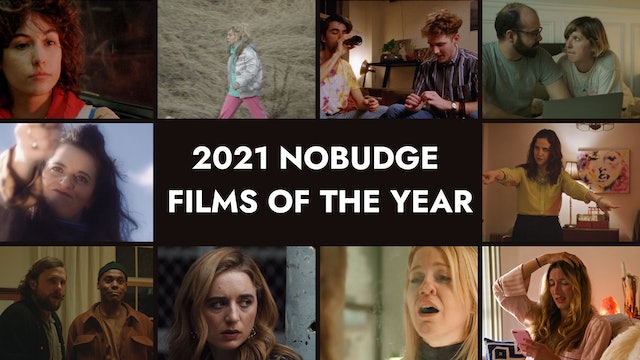 2021 NoBudge Films of the Year

While not quite as cataclysmic as the previous year, 2021 was still an incredibly challenging year the world over. We trudged through, kept our heads down, hoping for normalcy to return, and it has to some degree. We finally resumed our NoBudge Live screenings in Brooklyn in September and the next one is scheduled for January 24th (the lineup includes several films from this list). It was a bit of a transitional year for us, as we worked to complete the transfer to our new subscription streaming service. In all, we screened 147 films in 2021; among those, here are 15 we’d like to designate as our NoBudge Films of the Year, films that resonated with a fresh vision, or were most representative of the NoBudge aesthetic and/or ethos. Note: All films that were released on NoBudge.com this year were eligible but films that have been thus far exclusively available on the NoBudge subscription platform were not — those films become eligible next year.

Staff Pick // A satirical look into a filmmaker's creation and the repercussions of his narcissistic behavior that spans across four realities. “Staff Pick,” directed by Mitch deQuilettes, is a mind-bending series of vignettes on art and life, both melodramatic and deeply self-aware. Led by terrific performances across the board (which perfectly convey messy relationships, professional and private), deQuilettes’ film is a brilliant dissection on the creative process, brutal and darkly funny.

Lance (in a Neck Brace) // After a devastating break-up, Lance listens to instructional cassette tapes on how to heal his broken heart. Chloé Aktas directs “Lance (in a Neck Brace),” an ingeniously simple exploration of heartache and striving to move on. Brilliantly conceived and executed, Aktas’ film alternates between darkly funny and poignant, and is built around a wonderfully raw performance by Lance Jeffries.

I’m So Sorry // Two roommates struggle to decide which Black Lives Matter sign they should purchase to show their support for the BLM movement. Chester Vincent Toye directs “I’m SO Sorry,” which satirically tackles prevalent forms of white guilt and virtue signaling. Caught up in a moment of racial reckoning, a young white woman is fixated on doing something to help the cause (or at least portray to the outside world that she’s doing something). Toye offers a brilliant conceit, both laughable and completely true to the moment, and gets dead-on performances from its two leads.

Gramercy // A young man returns to his New Jersey hometown where he struggles with feelings of depression while reacquainting with old friends. “Gramercy,” directed by Jamil McGinnis & Pat Heywood, is a contemplative portrait, beautifully shot and acted, about grief and relationship fallouts. Minimally plotted but rich in feeling, it’s a film about internalizing pain and losing touch with the people and places you used to call home, shot in a combination of vivid black and white and color.

Nicole // In a small town outside of New York City, a woman desperately tries to get to Dunkin Donuts for a coffee coolatta. Edy Modica and Ian Faria direct “Nicole,” a comedic character study of a brash woman (pink sweatpants, silver puffer jacket, infected belly button piercing, etc) who still lives with her mother and has seemingly alienated everyone in her life. Filled with hilarious characterizations and an ultra committed performance by Modica, it’s a film that isn’t afraid to lean into rough edges and objectionable behavior, all played to the tune of a death metal soundtrack.

The Ultimate (By Lou Fescano) // After the death of her high school boyfriend Lou, Nicole returns home to New Jersey where she finds herself directing Lou’s unproduced screenplay. “The Ultimate (By Lou Fescano),” written and directed by Daniel Jaffe and co-written and starring Michelle Uranowitz, crafts a delicate balance of funny, incisive, edgy, and touching. Ingeniously constructed, brimming with vivid details and a rolling rhythm, the film is perfectly cast and performed.

An Athlete Wrestling a Python // An aspiring film director prepares for a play based on her complicated feelings toward her father. “An Athlete Wrestling a Python” is a Australian film by director Stephanie Jane Day, an astute and darkly comedic character study on Julien. Her present preoccupations with the artistic process and career aspirations are met with indifference from her well-to-do family and others. Josephine Starte shoulders the film with an engrossing and bitterly funny performance.

Maggie So Low // Maggie invites friends, acquaintances and total strangers into her home for what they think is a party, but she has other plans in store. “Maggie So Low,” directed by Michael Borowiec and Sam Marine Borowiec, is an improvised comedy about toxic friendships and harebrained schemes. Teeming with awkward exchanges and richly funny character detail, the film is carried by its terrific ensemble cast, led by the painfully convincing lead performance of Becky Chicoine.

Good News // A struggling novelist throws a dinner party to announce his acceptance into a prestigious writer's program, but his plans are soon overshadowed by a more pressing matter. Joe Stankus directs “Good News,” an elegantly constructed exploration of a relationship between two men dealing with varying levels of accomplishment, and intimate power dynamic shifts. The film sets up expectations, goes in another direction, and then lingers in the aftermath, an engrossing scenario that burrows deep into the heads of its characters.

Journal // Two best friends retrace their steps in hopes of locating a missing item after a seemingly average night. “Journal,” directed by Alex Bliss, takes what should be a mundane scenario and pumps it full of anxiety and paranoia. Bliss renders the vignette with sharp editing and visceral imagery, placing his richly drawn characters on the edge of hidden feelings and complex repression

Sincerely, Erik // A lonely bookseller in Brooklyn navigates the post Covid-19 world as best as he can. His store is closed, but he still goes in once a week to mail out online orders and compose personal letters to his customers. Before the shut down, he met a young woman in his store that he felt a strong connection to; shortly thereafter, she unsubscribed from the shop’s mailing list and Instagram account. Director Naz Riahi beautifully captures a longing for intimacy and the vulnerability of being alone.

In France Michelle is a Man’s Name // Michael, a young trans man, returns home to the rural American West after years of estrangement from his parents. Em Weinstein directs “In France Michelle is a Man’s Name,” a quiet portrait on gender identity that depicts an uneasy attempt to renew familial bonds. While reactions are often left open-ended, the film favors grace and leaves a touching impression. 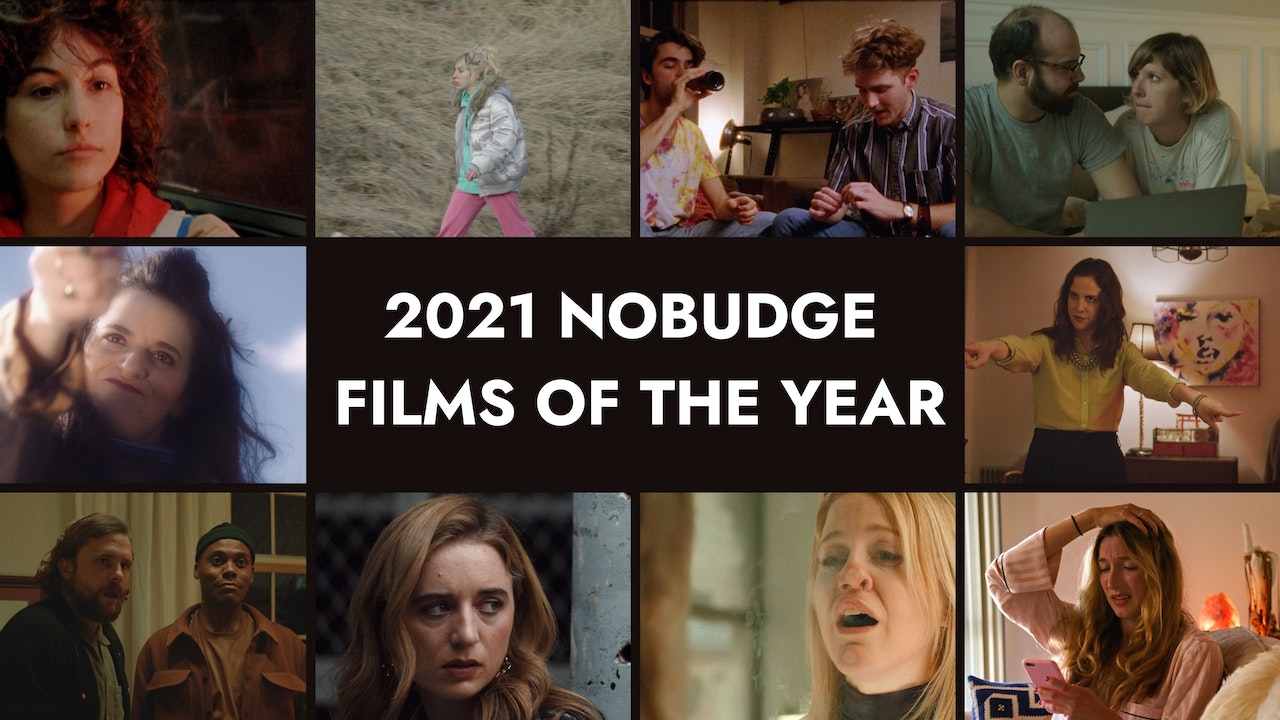