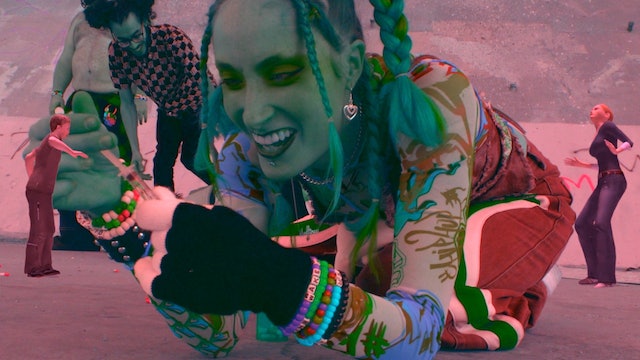 A band of ravers who reside and dance under the L.A River have their lives turned upside down when one of their own is chopped in half with a glow stick. “A Ballet,” directed by Zoe Katz, is a bonkers 5-minute no-fi extravaganza where everyone wears JNCOS (this is a sequel to Katz’ “A Very JNCOS Movie,” which we premiered last year). A pair of twins living underneath the bridge want the dancing and craziness of the ravers to stop. They protest (carrying a Stop Sign of course), but when the dancing continues, they have no choice but to turn violent. Indeed one of the ravers gets severed in half, but his bottom half can still dance so it’s not that bad, and even better, Jesus Christ himself comes down from heaven to help the situation even further. In both films, Katz relishes in nonsensical fun and terrible special effects, and the result is a joyfully absurd free-for-all. -KA. 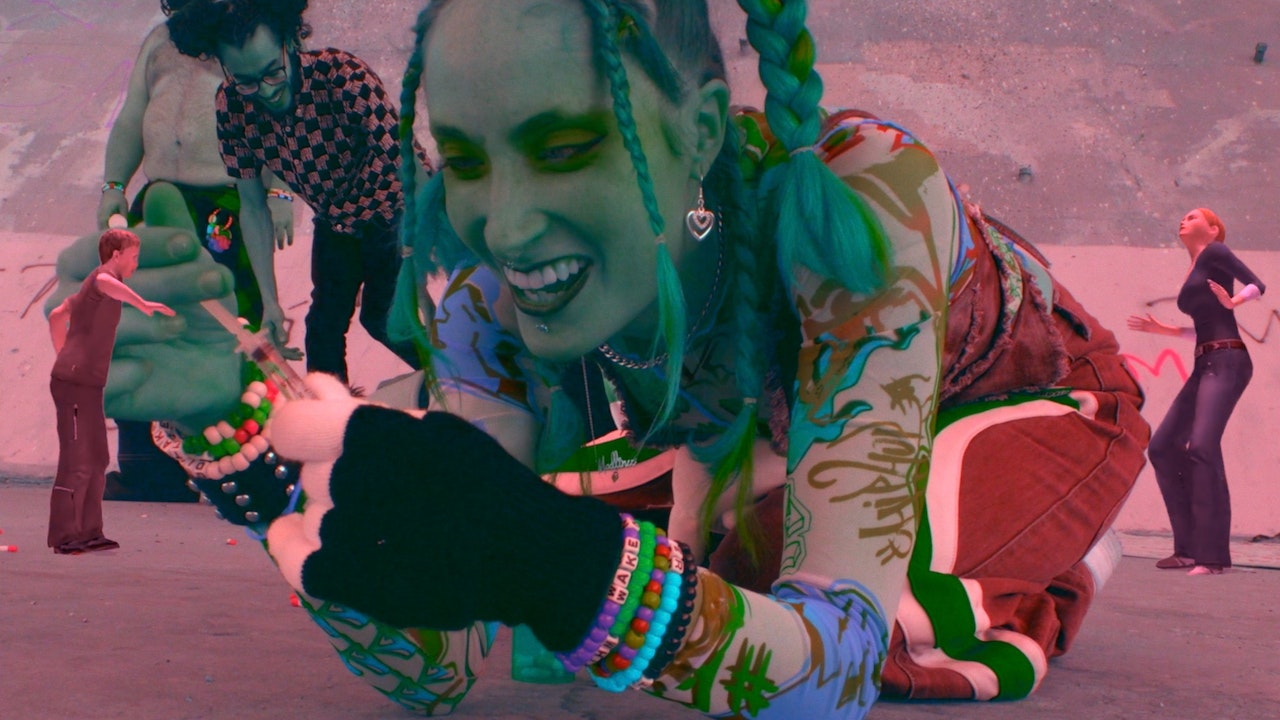