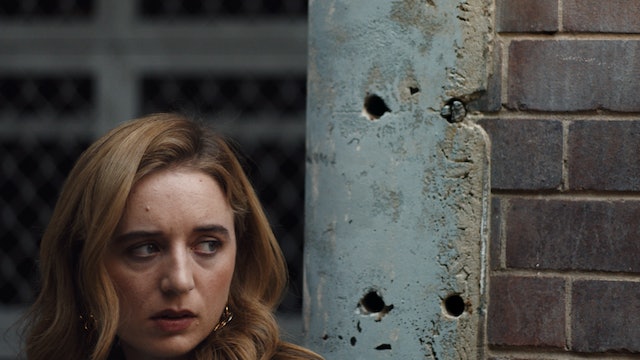 An Athlete Wrestling a Python

An aspiring film director prepares for a play based on her complicated feelings toward her father. “An Athlete Wrestling a Python” is a Australian film by director Stephanie Jane Day, an incisive, darkly comedic character study on Julien. Her present preoccupations with the artistic process and career aspirations are met with indifference from her well-to-do family and others. At a museum with her boyfriend, Julien tries to stimulate a deep conversation about the possible intentions of a sculpture artist (he’s clearly less interested). And later at a rehearsal for her upcoming stage show, Julien is frustrated when her actors aren’t fully connecting with the material (“Is the death of your father something you can imagine?”). When real life encroaches, it’s brushed aside to keep the focus on lofty pursuits and bickering with loved ones. Josephine Starte shoulders the film with an engrossing and bitterly funny performance. -KA.