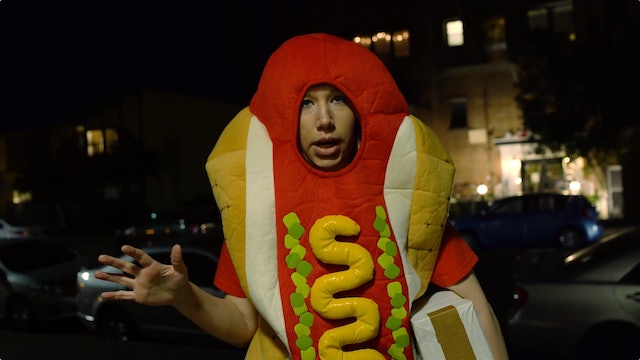 On Halloween night, a woman dressed as a hot dog delivers marijuana to a series of weirdo customers. “Bite Me” is a night-in-the-life of a broke and aimless gig worker that’s based on director Jessi Rayom’s own experiences working at a L.A. weed dispensary. Filmed like a documentary and starring Rayom herself, it’s held together with sardonic wit and a seen-it-all attitude. Her strange encounters run the gamut: one man is so stoned that he can’t make sense of who is at his door and why; another unleashes a series of unsolicited life details (his cat has “cat AIDS” for one). The scenes are propped up with moments of style and musical flourish, and it’s all given shape by the personality of the hot dog woman, who communicates a relatable mix of depression, cynicism, and low expectations. -KA. 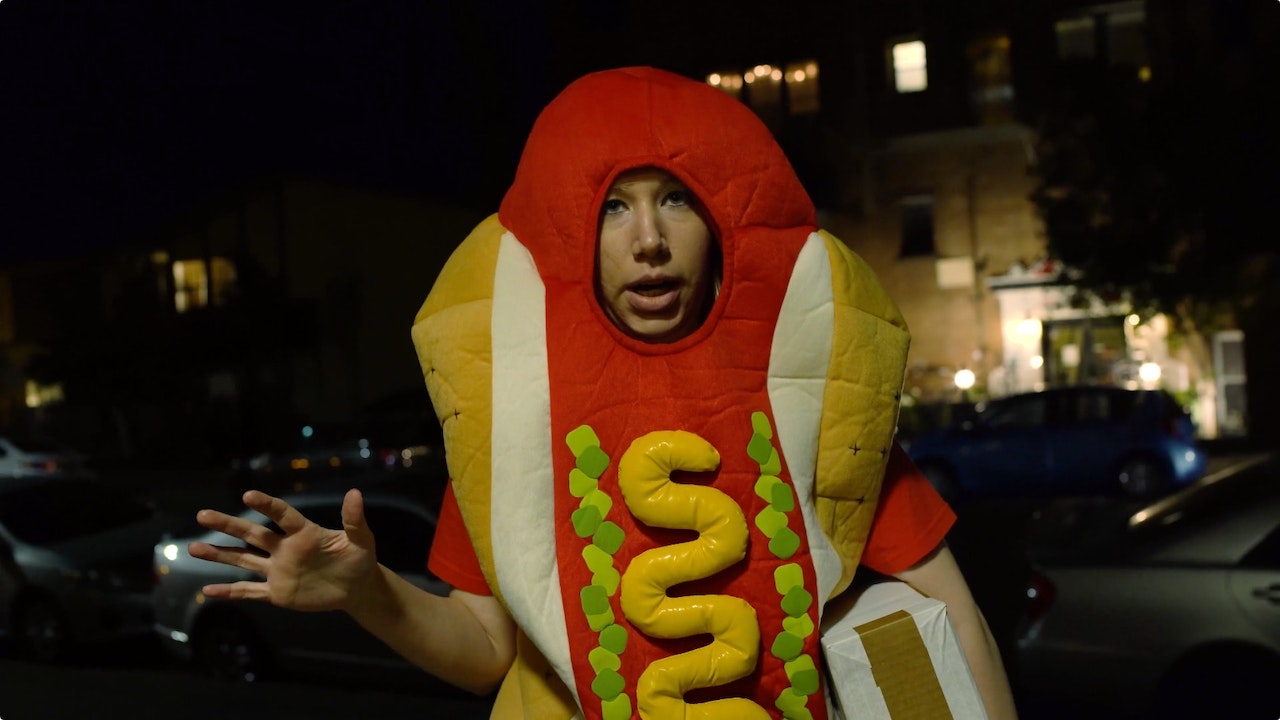