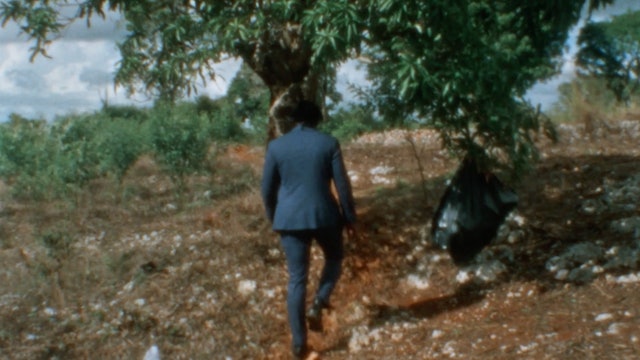 To his mother's homeland of Jamaica, a young man returns to pay last respects to the grandmother he called Two Mommy. “Coconut,” directed by Jard Lerebours, is a self-proclaimed “public declaration of love,” an experimental documentary and poetic remembrance of a matriarch and caretaker. Shot on Super 8 film over narration, Lerebours describes their intimate connection in touching stanzas: it was like being raised by the river or rain to be in her company. After Lerebours' childhood in America, Two Mommy posed to him at the age of 18, “Are you still part of us?” That’s the question at large in this exploration of grief, ancestry, and identity. -KA. Director: Jard Lerebours. Director of Photography: Jard Lerebours. Editor: Jard Lerebours. Film Composer: Emiricus Brown Murillo.