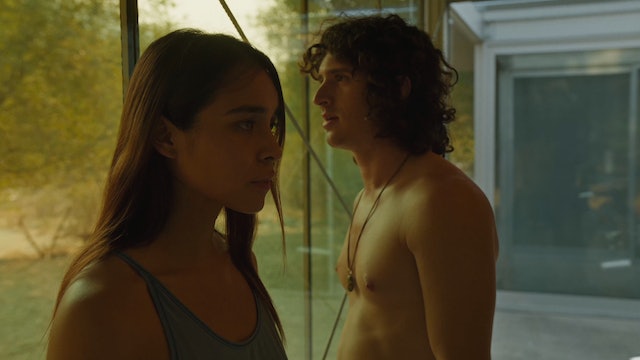 A young couple retreats to a glass house for two weeks of digital detox where they are disturbed by a lost hiker. “Earth Over Earth,” directed by Owen Campbell, is an enigmatic sci-fi drama that establishes itself as a convincing relationship study before wandering into an unclassifiable realm. L.A. couple, Jonathan and Victoria, have rented a remote home in the woods for a period of reset - no phones, no drugs or alcohol, no sex. She’s particularly in need of convalescence after experiencing a panic attack at her job as an elementary school teacher. He’s there to give her all the support and love he can muster, but perhaps there’s something more she needs. When an unsettled and shirtless man arrives onto the property with unclear intentions, the couple is forced to make some decisions about their respective futures. Understated in style but rich in ideas, Campbell’s film tackles an array of themes — life, death, love, identity, goodness, and reality itself — with a free-spirited structural ingenuity. Built around a trio of excellent performances, it’s an intriguing exploration of the elemental needs and connections between people, delivered in a form that’s both down-to-earth and of-the-cosmos, finely constructed but never fully knowable. -KA. Producer and Director: Owen Campbell. Starring: Venecia Troncoso, Jonathan Rosen, Owen Campbell. DP: Ingrid Sanchez. Editor: Greg Armstrong. Producer / 1st AD: Matt Johnson. 1st AC/Gaffer: Adam Lee. Location Sound: Aaron Kessler. Covid Safety Producer: Cora Lautze. Sound Design and Mix: Thomas Ouziel at Melodygun Sound Studios. 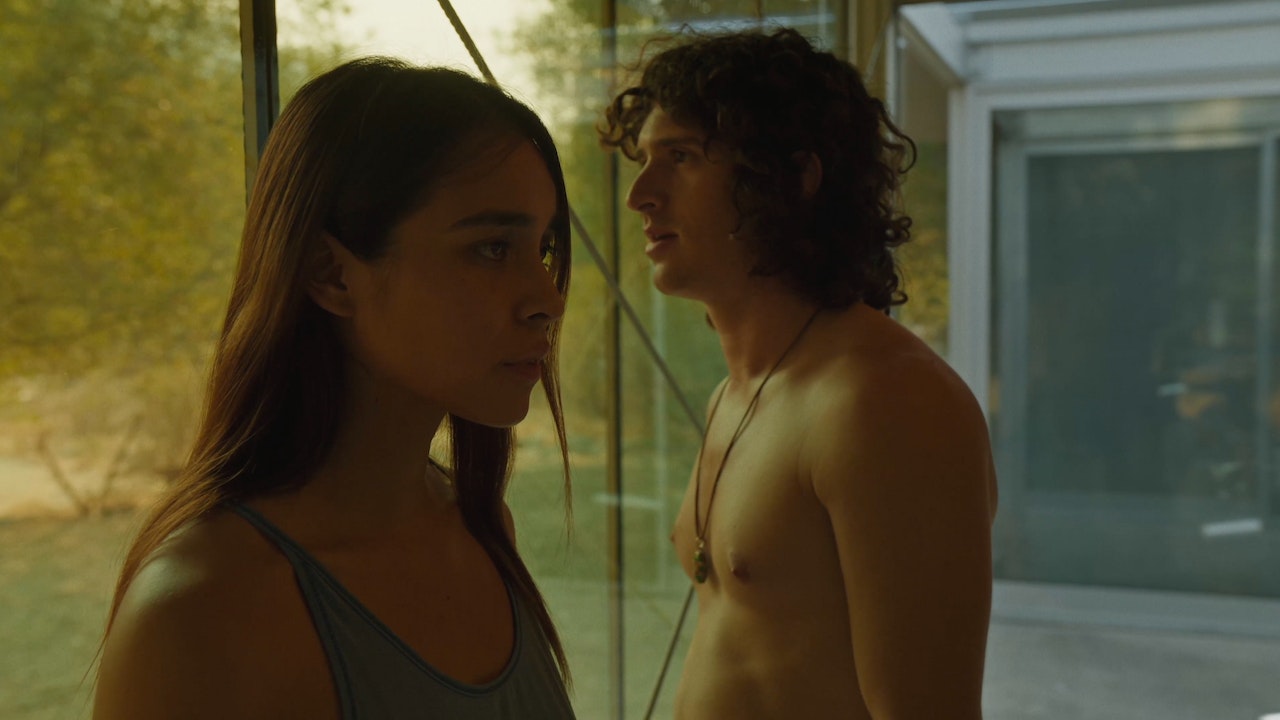