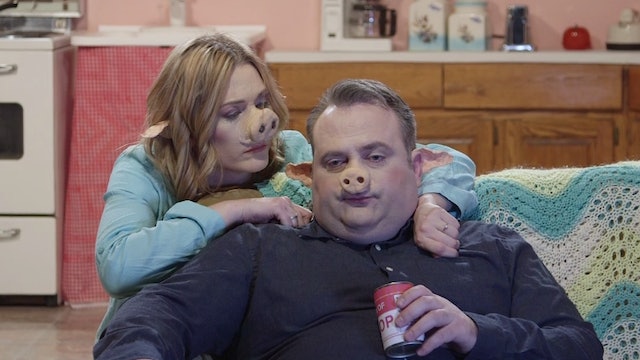 Four in a Blanket

A sitcom about the dysfunctional life of a lower-class family of pigs. Directed by Gavin Baird, this four-episode oddity from Saskatchewan resurrects a tired format in service of the bizarre. What begins as an absurd satire on the inane jokes and unnatural rhythms of network TV comedies becomes far stranger when the “jokes” dry up, replaced by existential strife. Turns out, pigs have the same anxieties and marital issues as we do. What’s cooking in “Four in a Blanket” is never quite as simple as it seems. Though we generally follow along with setup-punchline patter dictated to us by the laugh track (the studio audience consists of both people and pigs), there’s something more intriguing happening underneath. The lines are often flubbed or awkwardly stated, and the dialogue itself can’t really be described as funny. The character tropes are there though. The dad hates his boss; the mom carries the load at home, cooking, cleaning, being under-appreciated; the two children struggle through school activities and relationships. There's plenty of peculiar laughs, particularly with the daughter's goofy jock boyfriend Rex, "he's just uh...he's an idiot," but as the episodes progress, they evolve into unexpectedly dark territory and start to function less as simple parody and more as complex deconstruction. 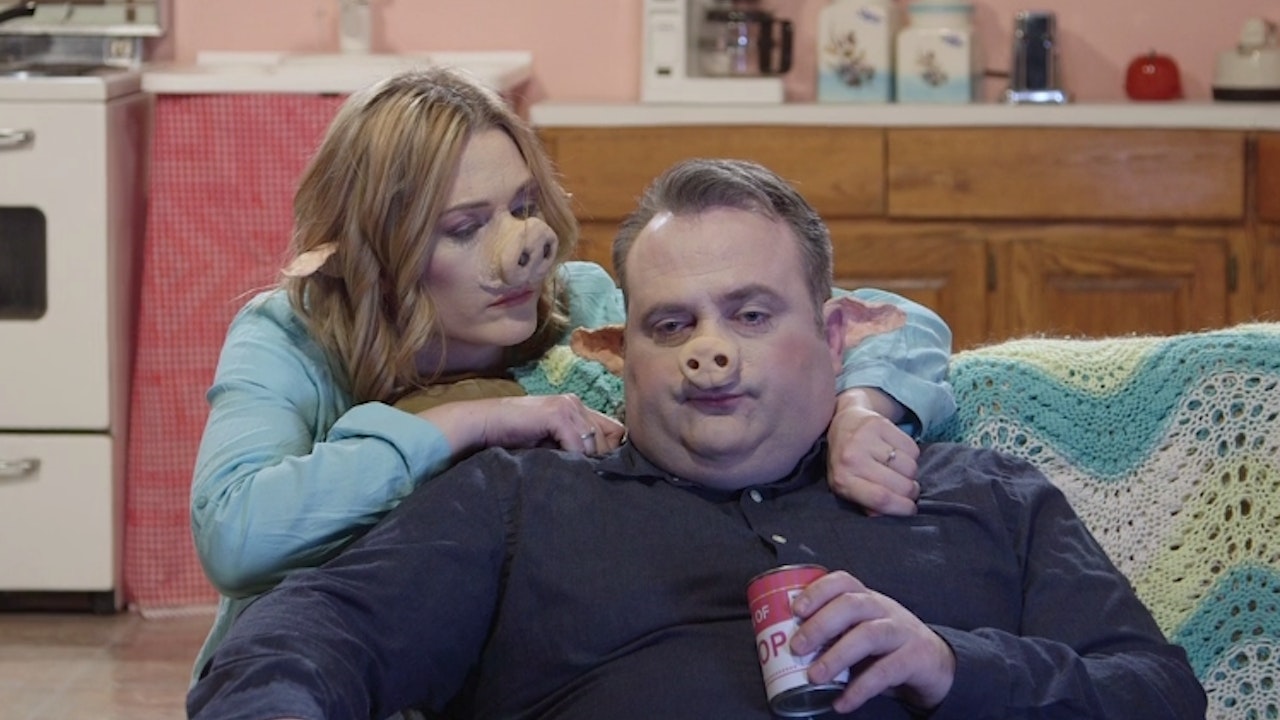