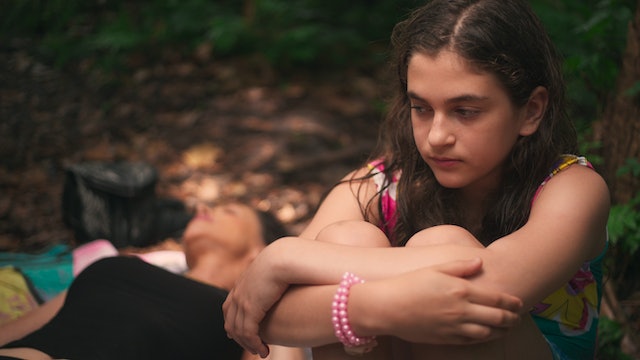 On an impromptu visit to Central Florida, an estranged mother and daughter navigate their tangled relationship. Kali Kahn directs “Linda,” a dramatic character study that feels something like a rushed getaway. At a wild swimming spot in the middle of the woods, Linda tries to get Olivia to loosen up. But the girl is fearful of doing something illegal, or engaging too much with her unpredictable mother. They find a stray dog, and later head to a Bar and Grill in town; wherever they go, Linda seems on the verge of fracture. Short on exposition, but rich in feeling — not unlike Kahn’s previous short, “Fairchild,” which we featured in 2020 — it’s a tense trip both in its clarities and its question marks. -KA. Director: Kali Kahn. Cast: Felicia Greenfield, Morgan Greenfield. Director of Photography: Debi Jimenez. Assistant Director: Karli Evans. Editor, Sound Designer: Will Mayo. Producer: Claudia E. Rodriguez, Pamela Longsword. Associate Producer: Victoria Gonzalez-Bredy, Roxy Moskowitz. Composer: Mikaela Jane. Colorist: Sam Gursky. 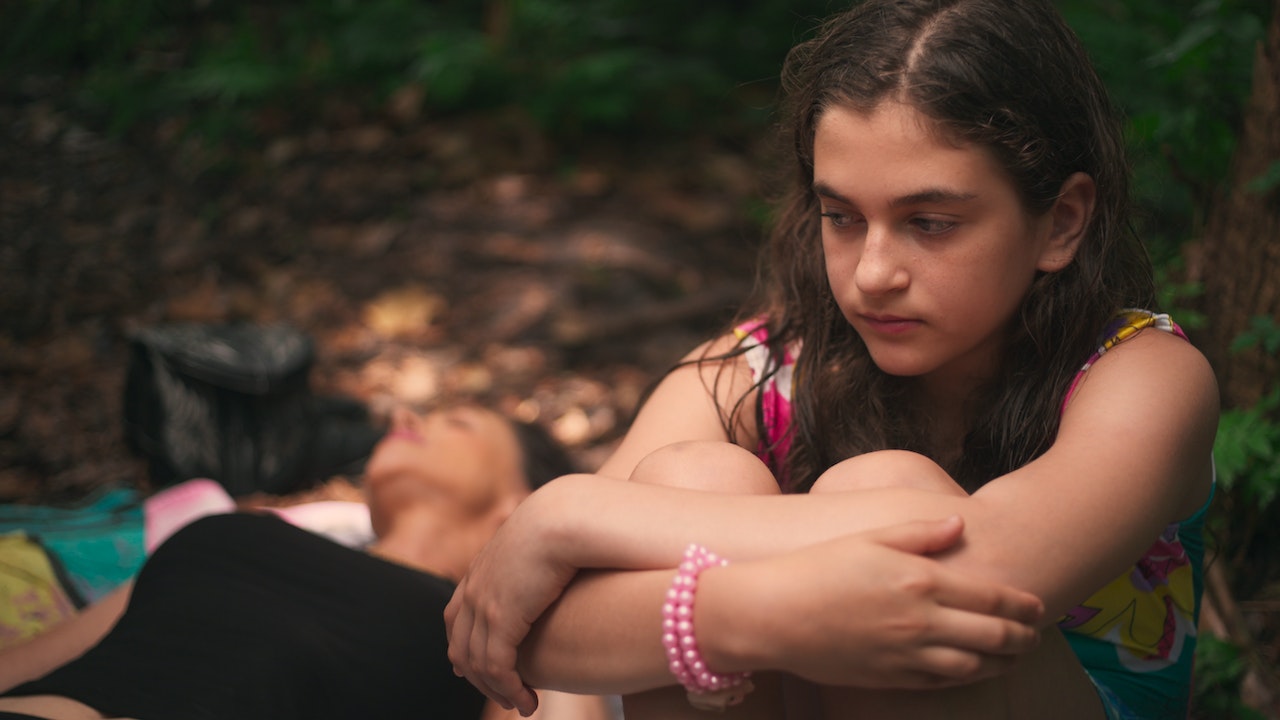