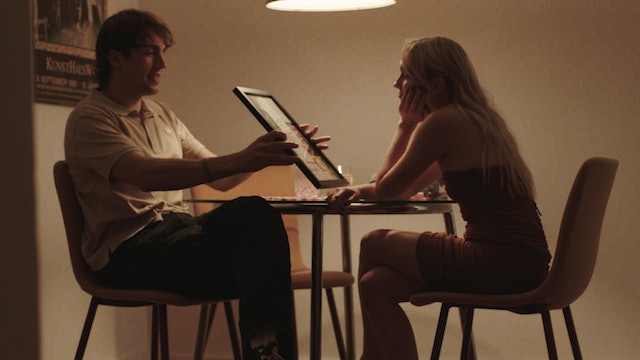 An anniversary gift leads two young lovers into a black hole of misunderstanding. “Love Machine,” directed by Michael Rees, is a squirm-inducing dark comedy about the delusions and insensitivities of a dysfunctional couple. What at first appears to be a straightforward relationship study soon devolves into a brutally awkward gift exchange, absurd, deranged, uproariously funny. Sure, he brings her flowers and she pretends to eat them. But we’re still not prepared for her response to receiving a thoughtful and sentimental present about their first year together. The spotlight here is on the actress, Veronika Slowikowska, who has quickly established herself as one of the great goofballs of our time as both an actor and social media performer. Her highly expressive mode of comedy registers in a signature mish-mash of unfinished sentences, silly voices, fake laughs, and wild gesticulation. Her funniest move however is when she suddenly snaps back into a straight character as if her insane behavior made complete sense. Rees smartly allows her to run free and the film is a spectacle of cringe. We are thrilled to premiere “Love Machine” as a NoBudge Original. -KA. Director: Michael Rees. Starring Veronika Slowikowska & Kyle Chase. Music by Dan Reeder. Prod Sound: Leigh Murray. Sound Mix: Zach Kochuyt. 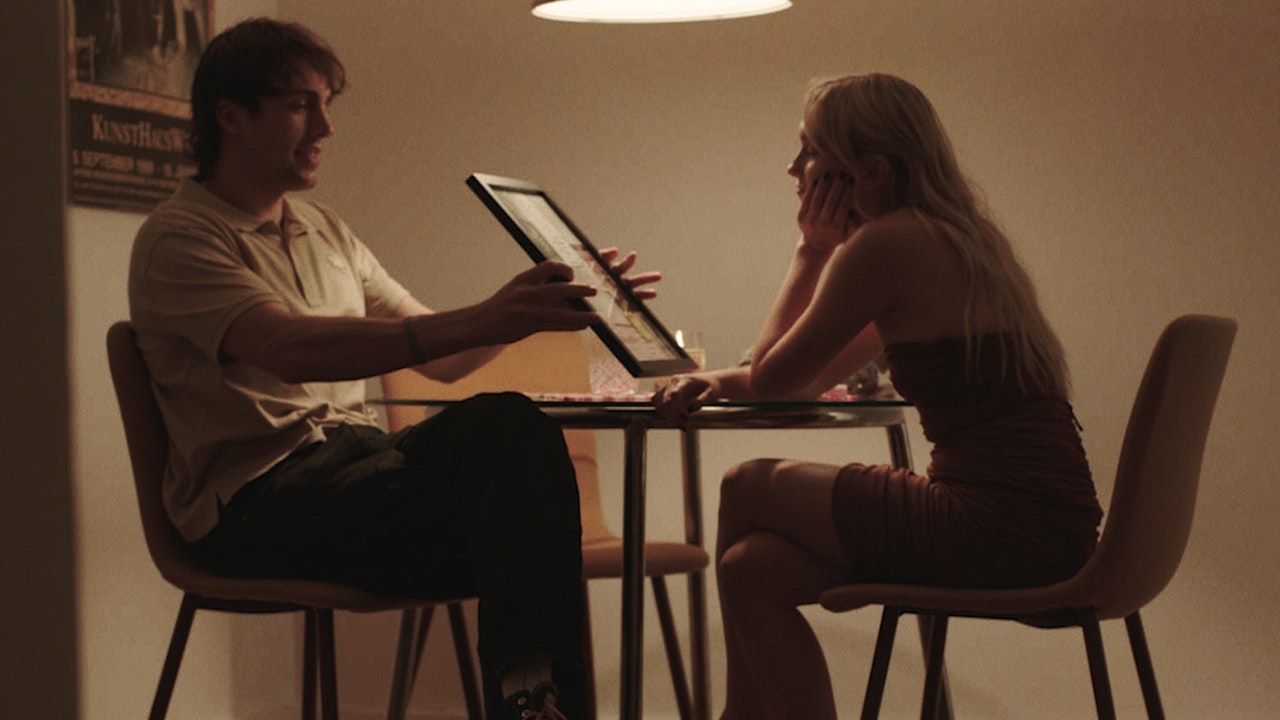