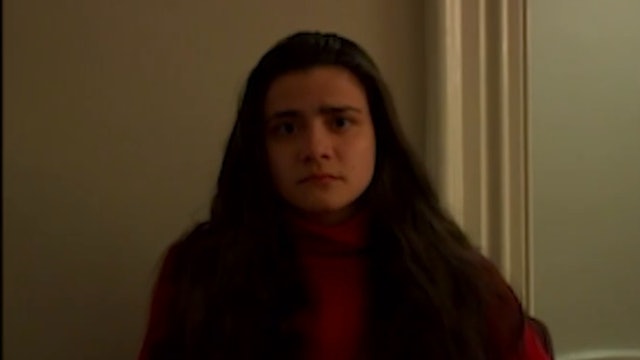 After distancing herself from a complicated relationship with her father, 22-year-old Kate Young returns home for the Thanksgiving holiday. “Returning, Again,” directed by Jinho Myung, is a family portrait shot on Mini-DV that details a persistent family divide, doing so with an astute sense of personality and generational differences. Now living in New York, it’s been two years since Kate returned home to Philadelphia. After some urging from her brother, and the promise of seeing her grandmother in a rare appearance, she decides to make the trip. But the threat of petty arguments with her father is always on the table, as well as the possibility that she has been manipulated. Conveyed with a penetrating voice-over from an unidentified third party, the hybrid film captures what appears to be reality (starring a real-life family), while leaning into various literary and poetic licenses. -KA. Writer, Director, Editor, and Cinematographer: Jinho Myung. Cast: Kate Kearns, Michael Kearns, Gray Kearns, and Kim Kearns. Narration: Louise Lupo. Poster art: Katia Beegan.