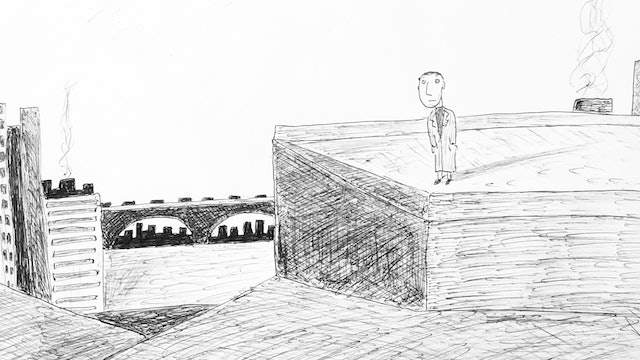 In a dystopian future, it’s one man’s job to check faucets for leakage and wastage. Paolo Chianta directs and animates “Tap Runner,” an animated sci-fi short, hand-drawn with a ballpoint pen and characterized by a melancholic spirit. His job does not permit him to actually fix the taps — that’s the plumbers' responsibility — he’s just there to identify and report. Haunted by the potential to miss a leaking faucet, the man often day dreams of skipping showers to make up for the lost water. Narrated by Chianta himself (the short is a one-man operation) in mantra mode, his voice is a solemn presence lost in a world of hyper-specialization and servitude. The film is visualized in repeating motifs of running faucets, punctuated by visions of flying cars and burning robots. -KA. Director, writer, animator: Paolo Chianta. 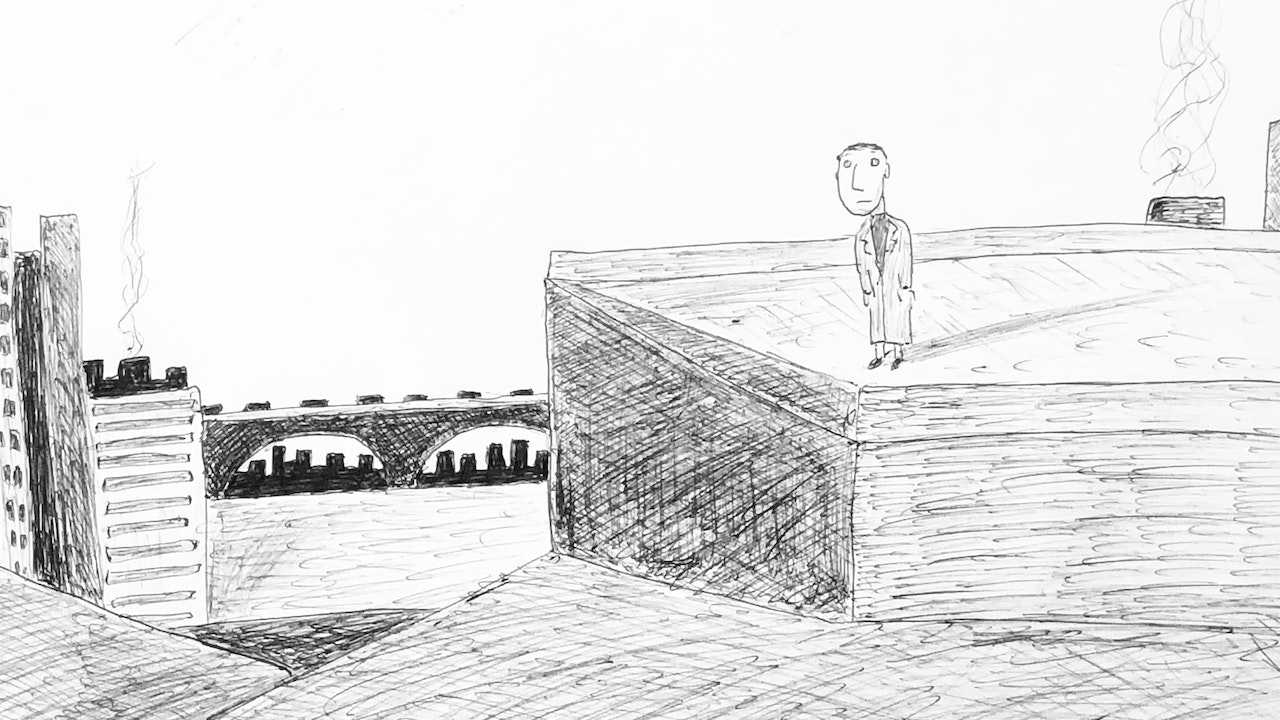