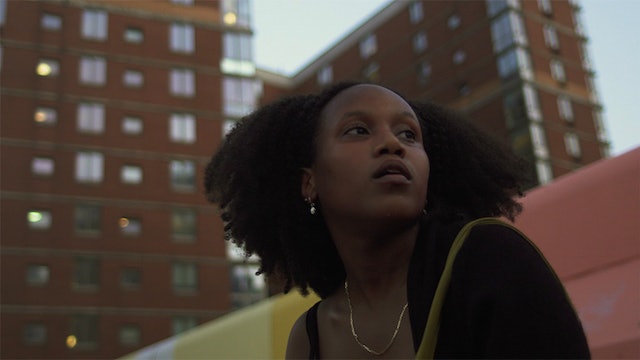 Inspired by the time-bending isolation of NYC lockdown, “wormgirl” shows one woman inching from one tiny moment of existence to the next. Jamie McIntosh and Harry Cepka direct this slow-cinema anthology, a 10 episode series that depicts brief moments of activity or boredom. In various episodes, we watch as Wormgirl plays darts with herself or does yoga, drinks green juice on her stoop or tries to learn to skateboard. There are flashes of sly humor, as when the woman emerges out of a cardboard box with no explanation, or when she escapes a date in the park with a man who goes on a ramble about his job. Mostly under a couple minutes long each, there’s one episode where we watch for nearly 30 minutes as Wormgirl stares into her oven waiting for brownies to bake. In each vignette, we’re reckoning with the slog of real-time life, particularly resonant in a year where the prevalent mode is to stay away from people as much as possible and wait for an indeterminate end. McIntosh and Cepka lean boldly into the mundane and the momentary, refusing explicit narrative or contextual information. But we do get a release of sorts in the last vignette as Wormgirl dances exuberantly in the streets while the world goes on (barely) around her. -KA. (10 episodes; TRT: 65 minutes). Directed by Jamie McIntosh, Harry Cepka. Starring Jamie McIntosh. Featuring Thuto Durkac-Somo. Director of Photography: episodes 1-9 Harry Cepka, episode 10 Jomo Fray. Edited by: Harry Cepka. 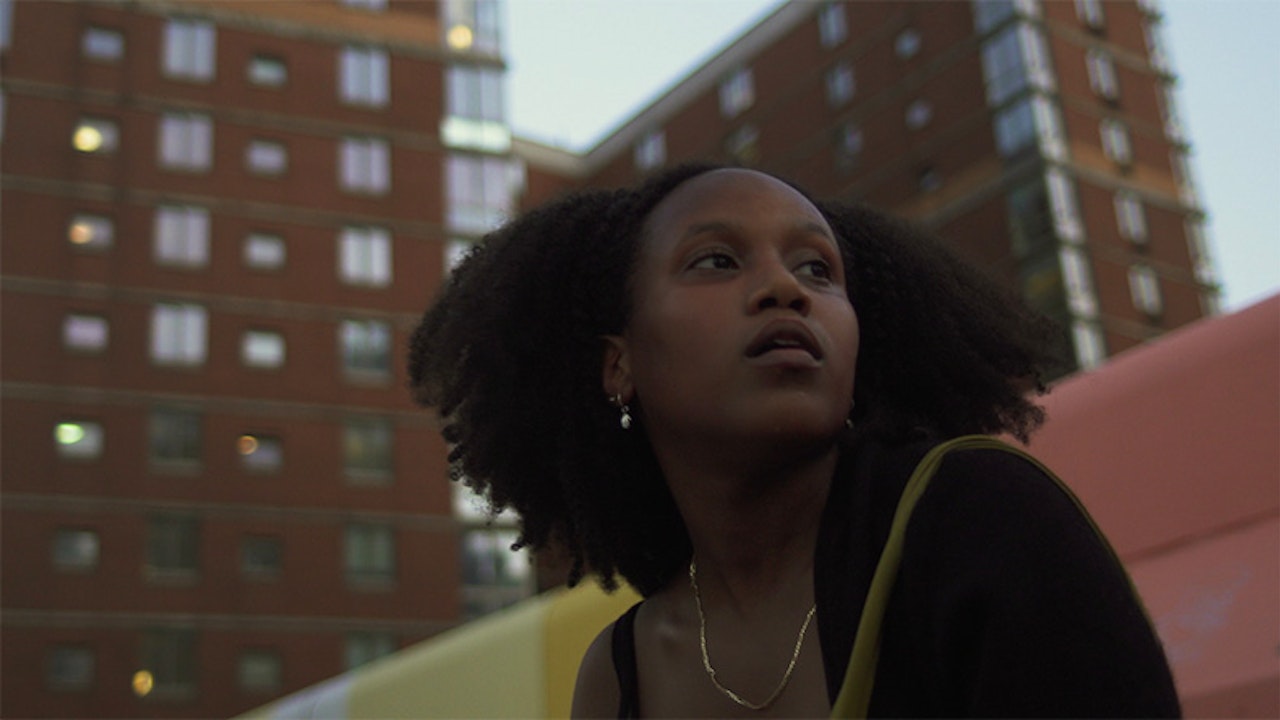