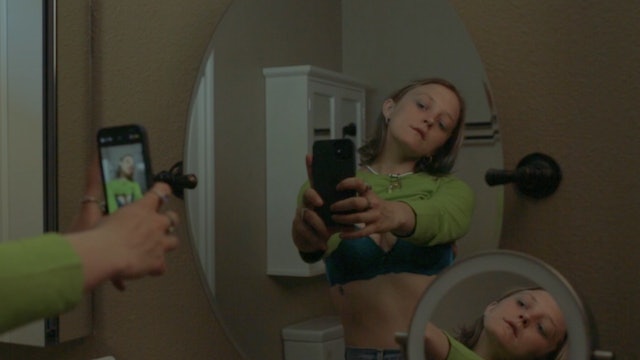 While making a documentary about the female orgasm, a filmmaker tries to get her conservative parents to see her side of her own sexual explorations. Allison Bunce directs “Gas Money,” a provocatively funny dissection of repressive sexual standards and the resulting shame and emotional wreckage. Conor and her hipster film crew pile into the suburban home of her traditional parents. Her genial mother has prepared a bowl of pretzels and M&M’s, to which there are no takers, “I’m gluten free…and vegan,” says the sound woman. Once the cameras roll, Conor dives right into a question about the extreme responses her parents had to her early sexual awakenings. (She was forced to wear diapers after being caught masturbating, and her parents convinced her that they could monitor her dreams on a television set). While the uncomfortable line of questions rankles her parents, the stoic father tries to change the subject to money, specifically who’s funding this project. (A hint lies in a revealing interruption earlier). The comedy is tense and cringey, but within Conor’s prickly tactics are perfectly valid arguments. Director: Allison Bunce. Cast: Chelsea Lopez, Tricia Roscoe, David Butcher, Lisa Cole, David Roud, Rob Sperry-Fromm. DP: Al Webster. Art Director: Anne Gormley. Sound: Cem Dursun. Gaffer: Richard Jackson. Editor: Allison Bunce. Producer: Allison Bunce. 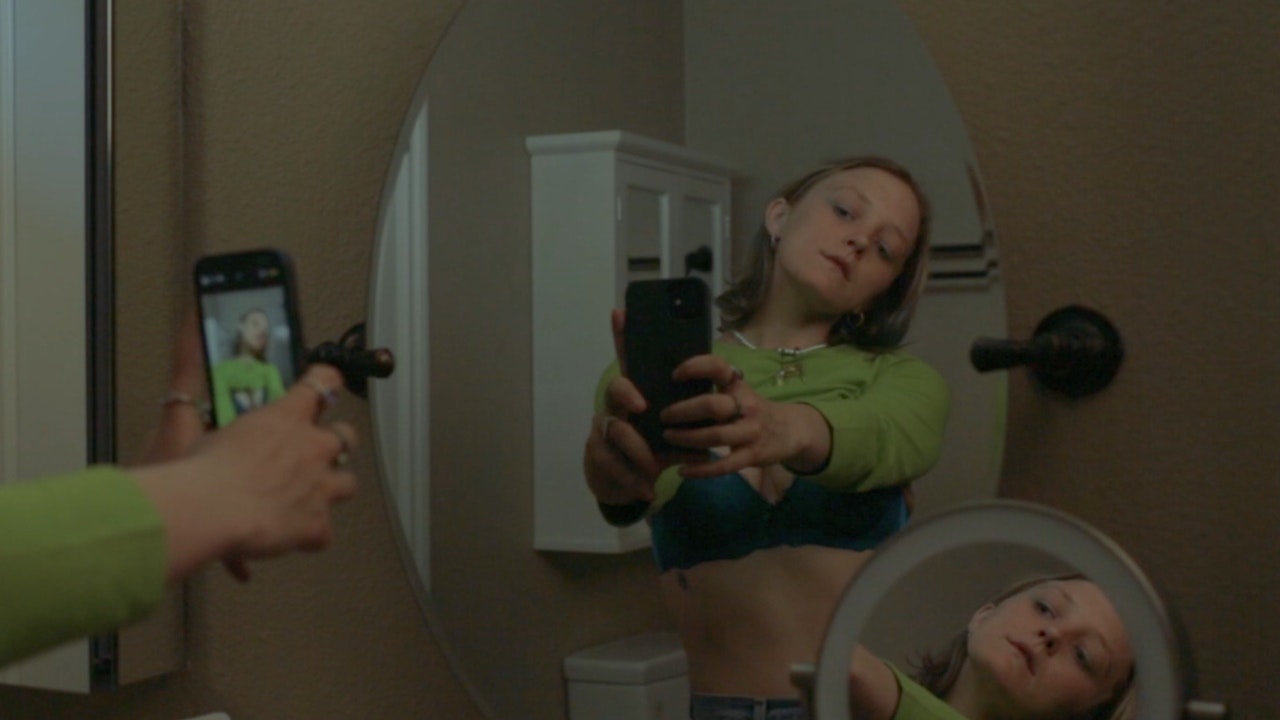